Bath Tub Baptism in the Middle East, Soulwinning after Terror attack in Brussels

And a youth meeting in Tampa before heading out

Thank you for taking interest in the ministry the Lord has entrusted to me. Some of the most amazing opportunities have opened up to me this year and I’m excited to tell you about a few more from the last weeks.

I would like to thank Pastors Allen and Kristin Hawes for the privilege to preach at iM student ministries at the River Church before I left Florida. I shared about the importance of purity and holiness in order to fulfill the call of God on your life and many of the young people got mightily touched by the power of God and 4 young people dedicated their lives to Jesus. 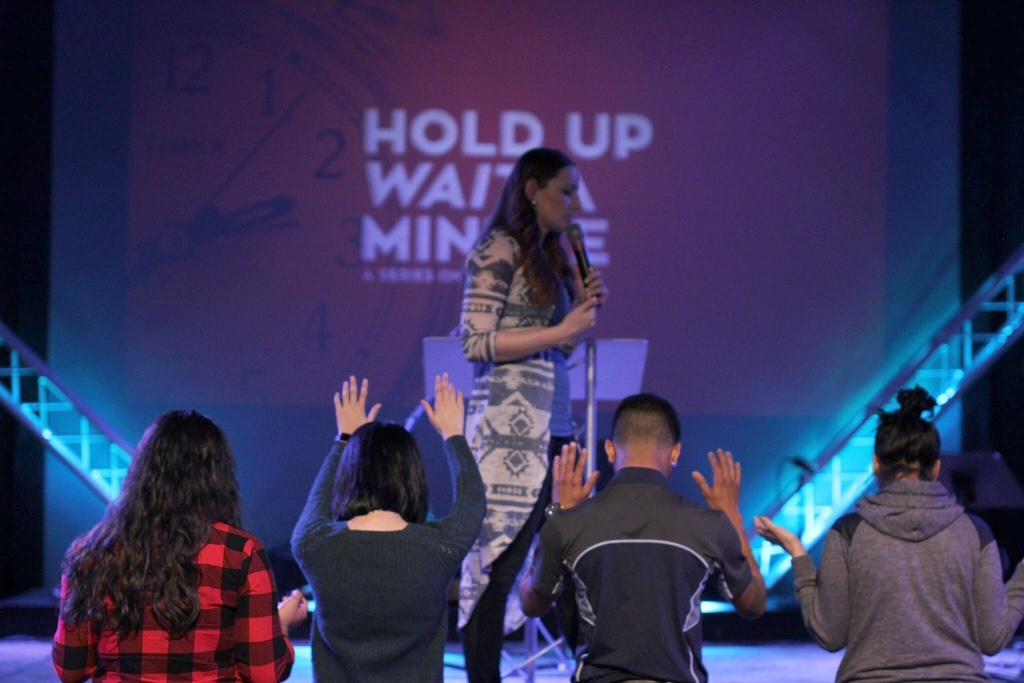 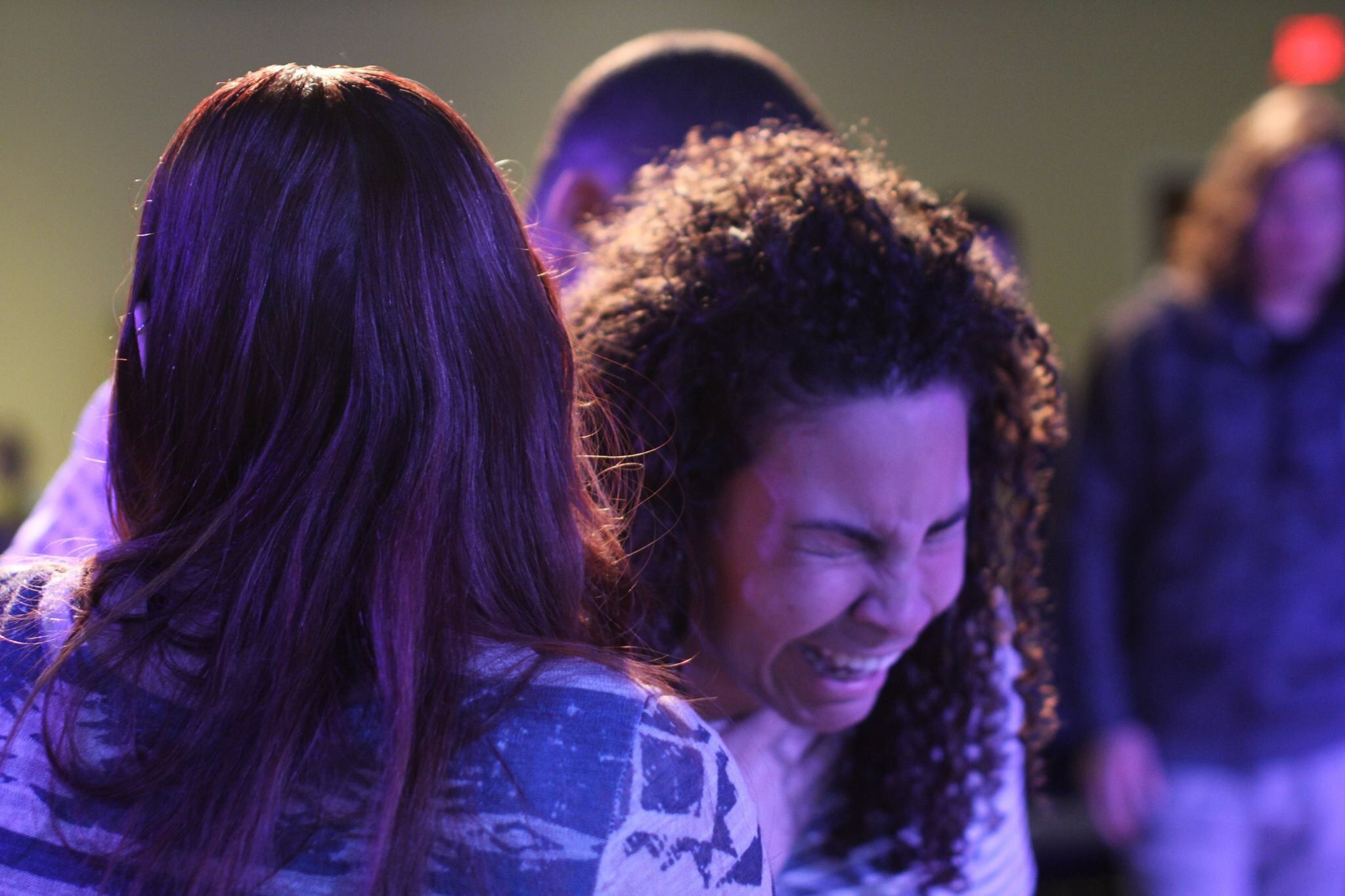 From Florida I flew to Beirut Lebanon where I had the opportunity to preach on Sunday morning. About 25 people came to the altar and gave their lives to Jesus and many received healing in their bodies.

The next morning a precious senior lady took me to the Bekkah Valley which is at the border of Syria. One of my friends moved there the original purpose of my trip was just to visit her. It took over 4 hours to get there because we went through at least 6 military check points on the way.

There I got the opportunity to share about the Holy Spirt with a group of people that has no church and comes to the Lady’s weekly bible study. 8 people made a decision for Christ that night and everyone allowed me to lay hands on them and pray (which is a huge deal for men in the middle eastern culture).

But the highlight of my trip was when my friend (former Muslim girl who still wears her hijab but is spirit filled) asked me to baptize her. Since the weather was too cold we just filled up her bathtub and I had the privilege to perform my very first water baptism. 10 minutes away from the Syrian boarder, for a friend that left Islam and was baptized in the Holy Ghost and fire and now water. I cannot post pictures because of her safety but when you see me you can ask me to show them to you on my phone ;)

Back in Beirut I went Soulwinning with my team and we won 20 souls for Jesus.

Saturday I shared at a women’s meeting with many veiled women attending. The altar was full and we had a very precious move of God. The following days I was part of the ministry team during the biggest conference the church holds every year and many people were touched and set free through the laying on of hands.

One young man from Syria got delivered from a tormenting spirit when I laid hands on him and afterwards started shaking under the power. He said he feels like a new man and has so much peace and joy after he got off the floor. Glory to God! 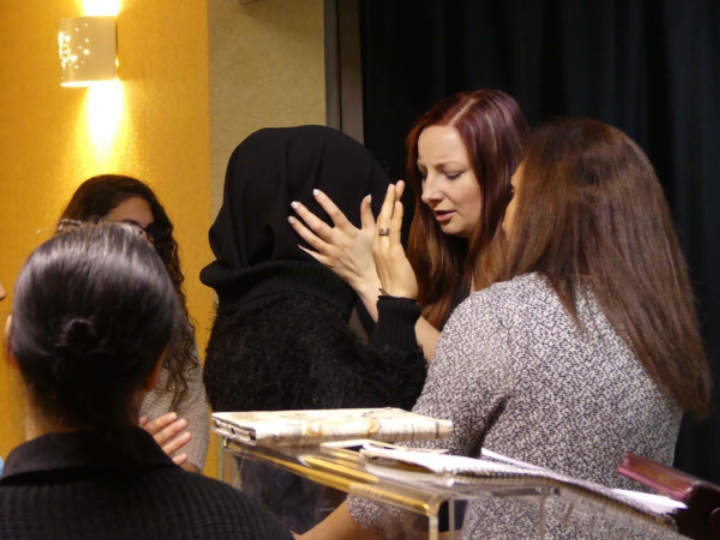 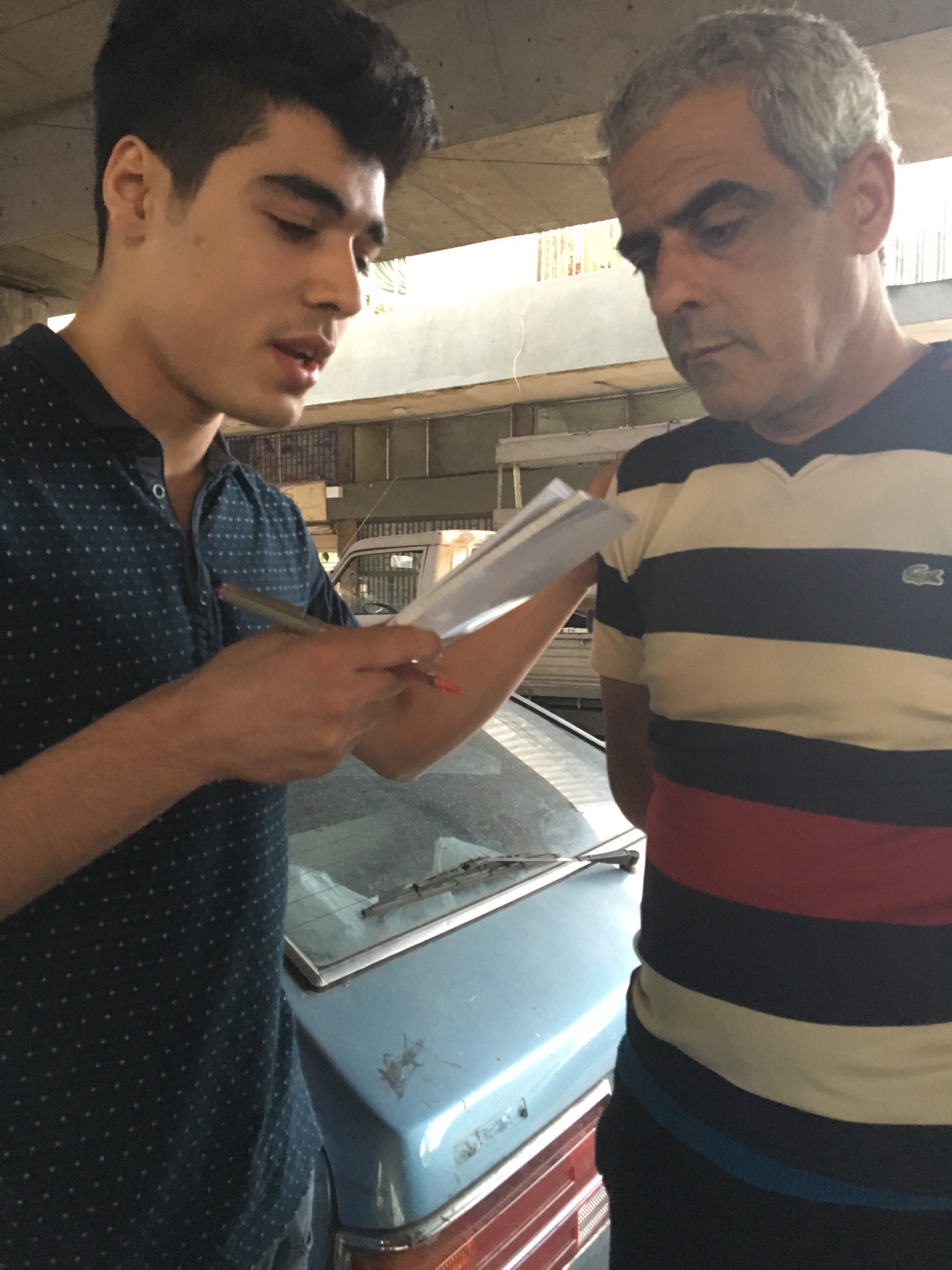 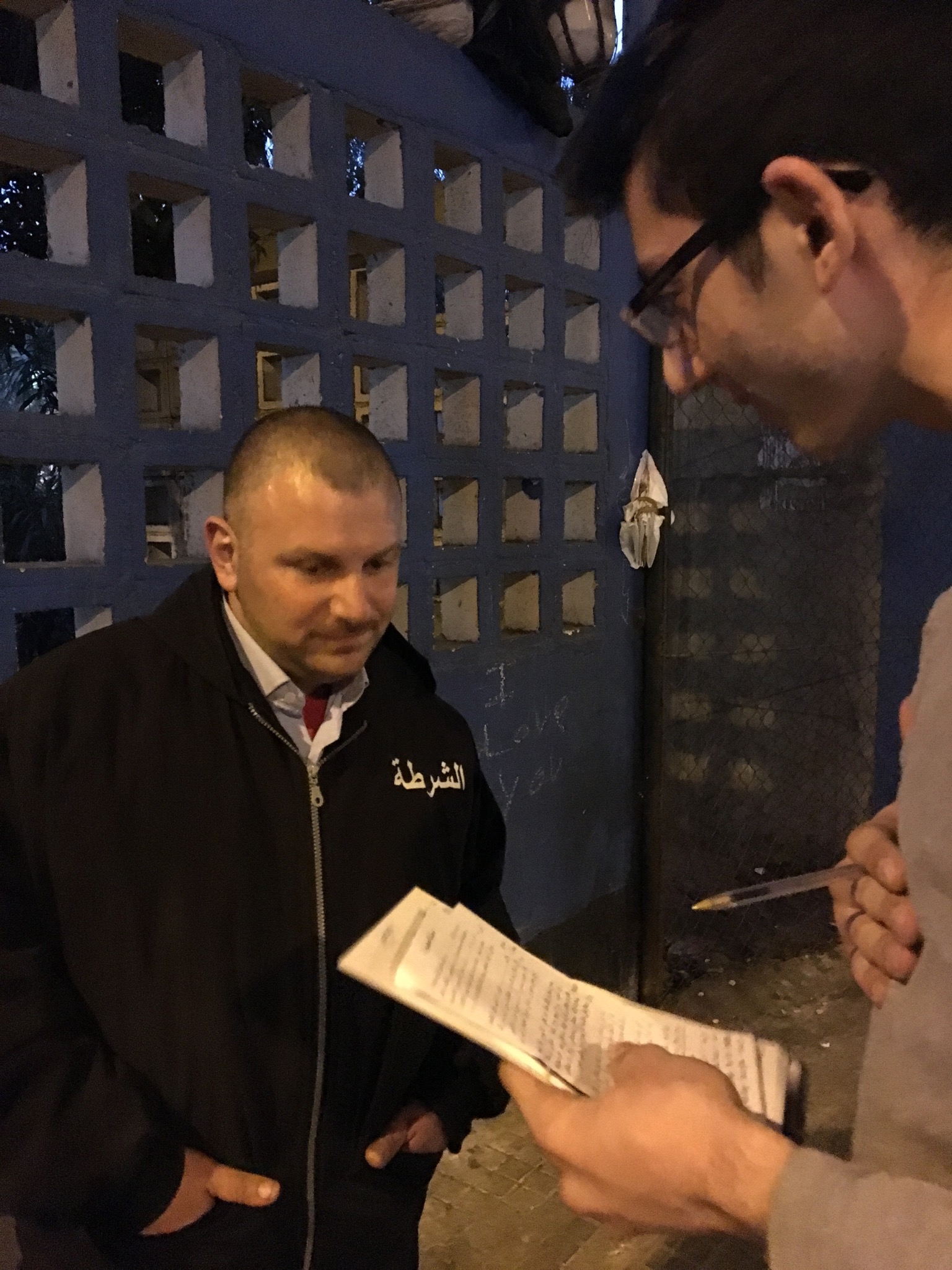 I got to train these two young guys how to win souls and they are leading the evangelism teams on a weekly basis. The boy on the left was a radical Muslim ready to join Jihad when he encountered Jesus, his father was beaten and his life threatened when he converted but today they are both greatly involved in the local church. They asked me to come to their home where I read and explained scripture to them and they shared their stories with me.

They have Muslim names so for them to preach Jesus on the streets means exposure and danger that we in the western world have no idea about. I am so proud of them.

From there I flew to England for a revival conference with my pastor where I got to address the people and encourage them to win souls as Europe is facing terrorism. 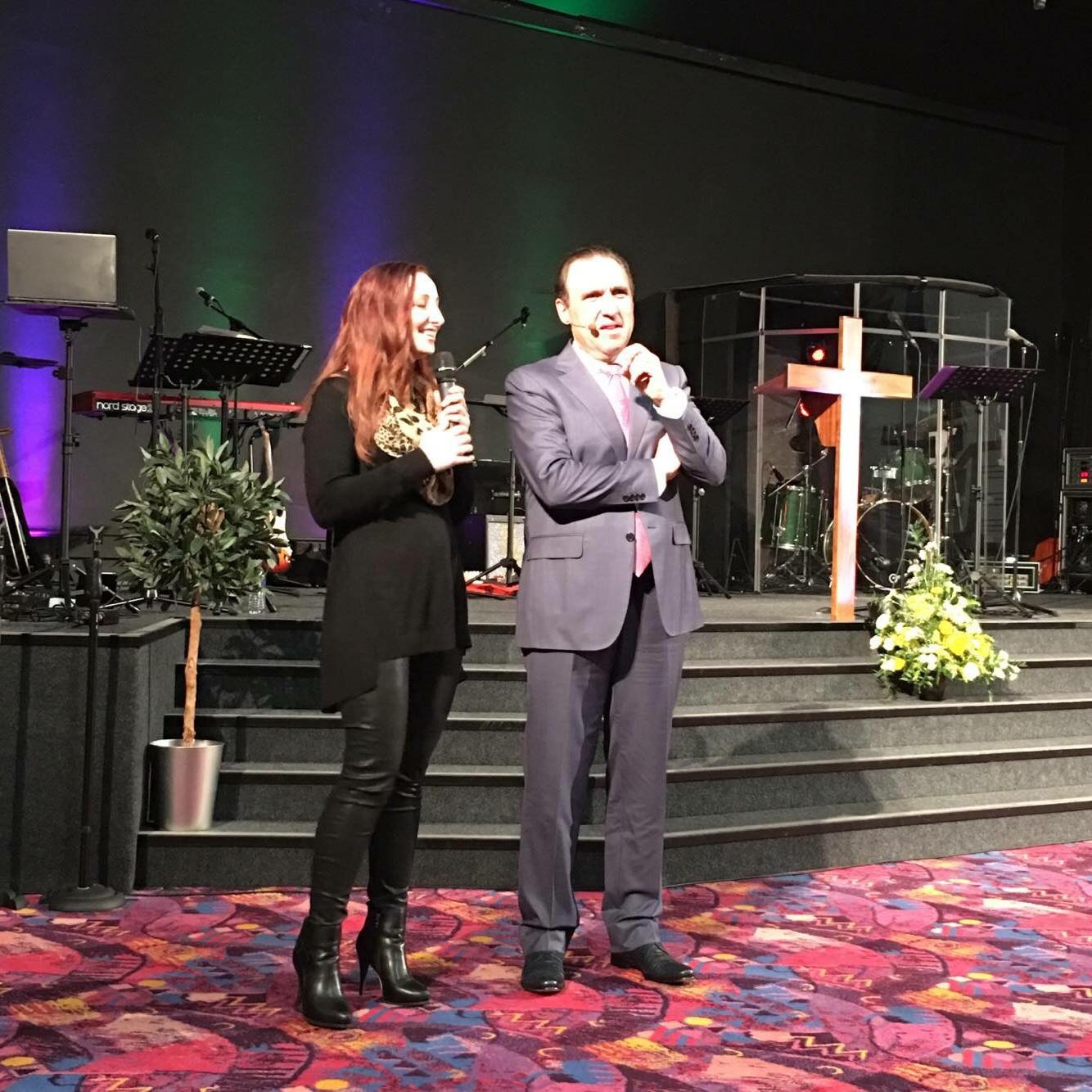 My original plan was to go back to Beirut after that week but I didn’t feel peace about leaving Europe yet so I joined my friends pastors Tomi and Sanna Lehto on their way back to Finland. As I was praying about my next steps my friends pastors Ben and Jacky Kroeske messaged me asking if I could join them on a spontaneous trip to Brussels Belgium. Because of a recent terror attack they felt an urgency to respond and got a team together from their church the River Amsterdam and another team from the River Paris. Immediately I booked a flight to Amsterdam and was there the next day. We drove 3 hours there and saw 315 people give their lives to Jesus in a city covered with heavily armed police and military. 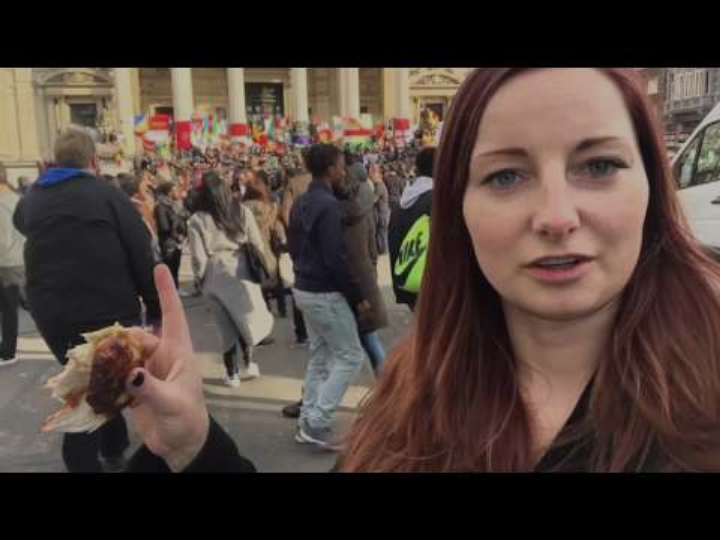 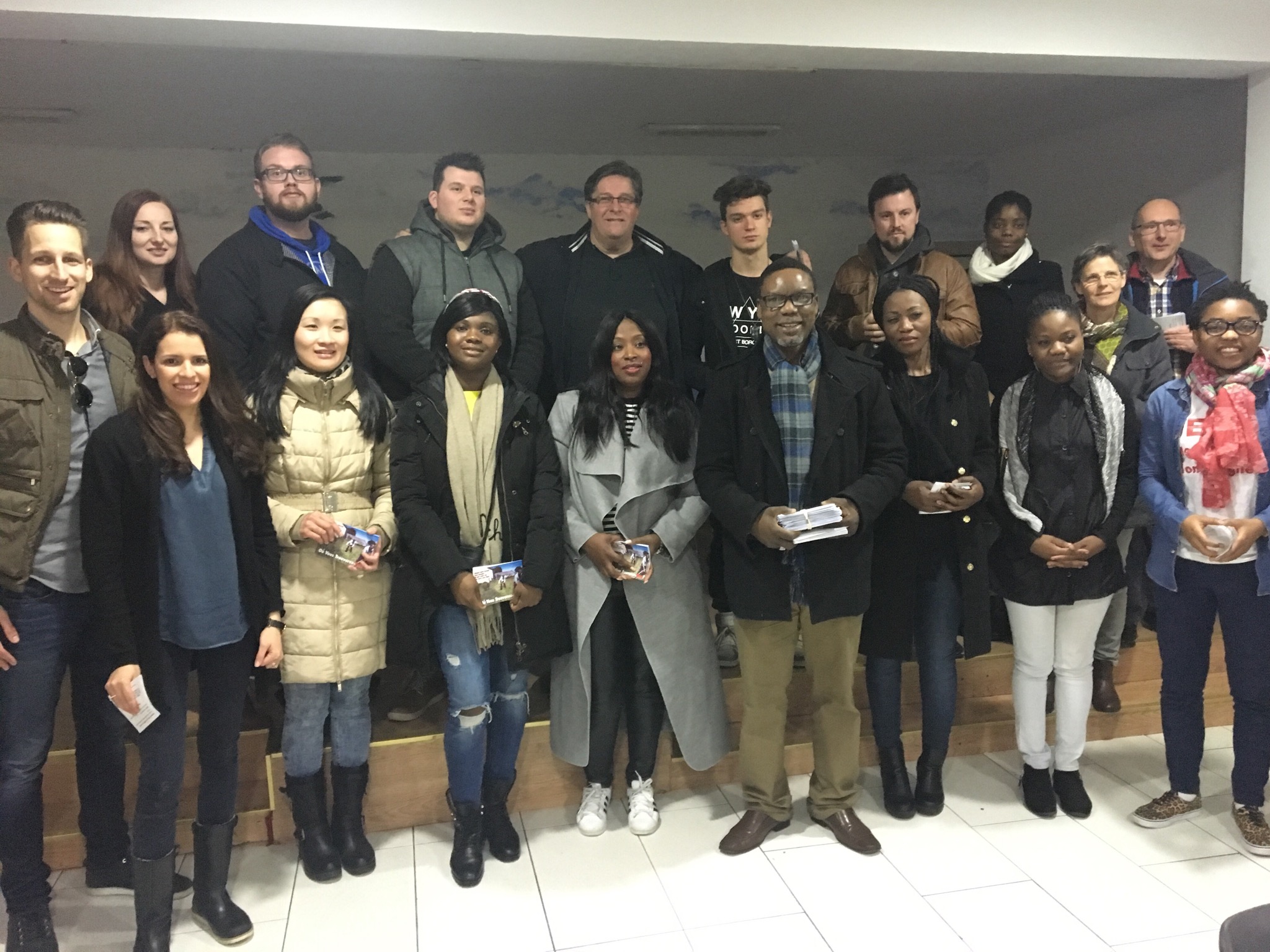 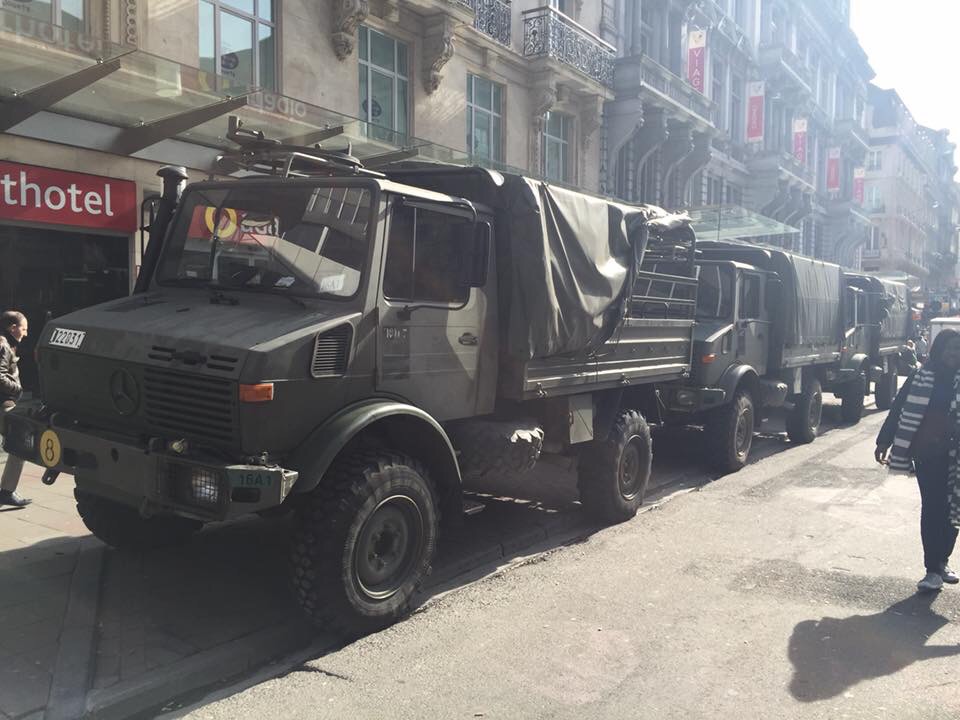 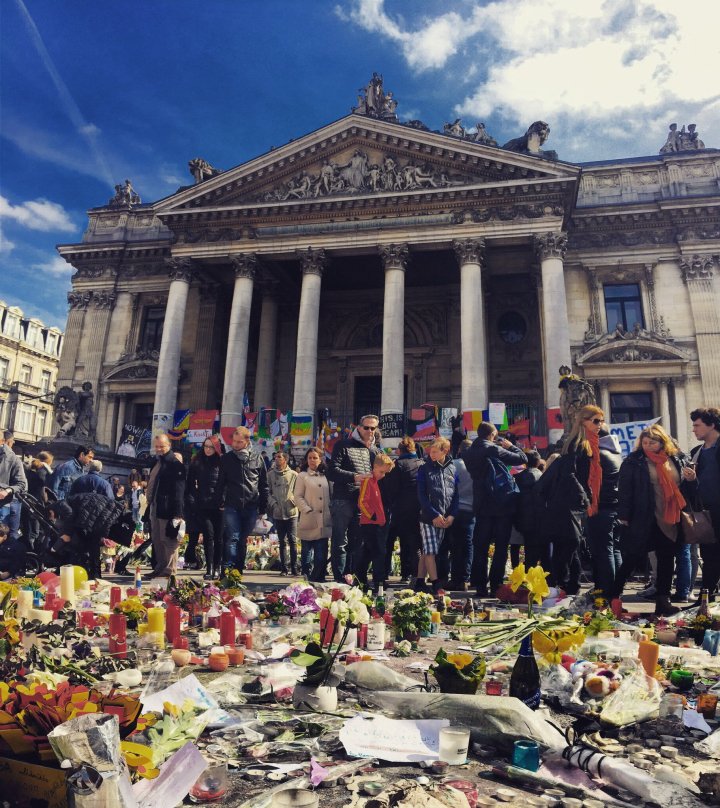 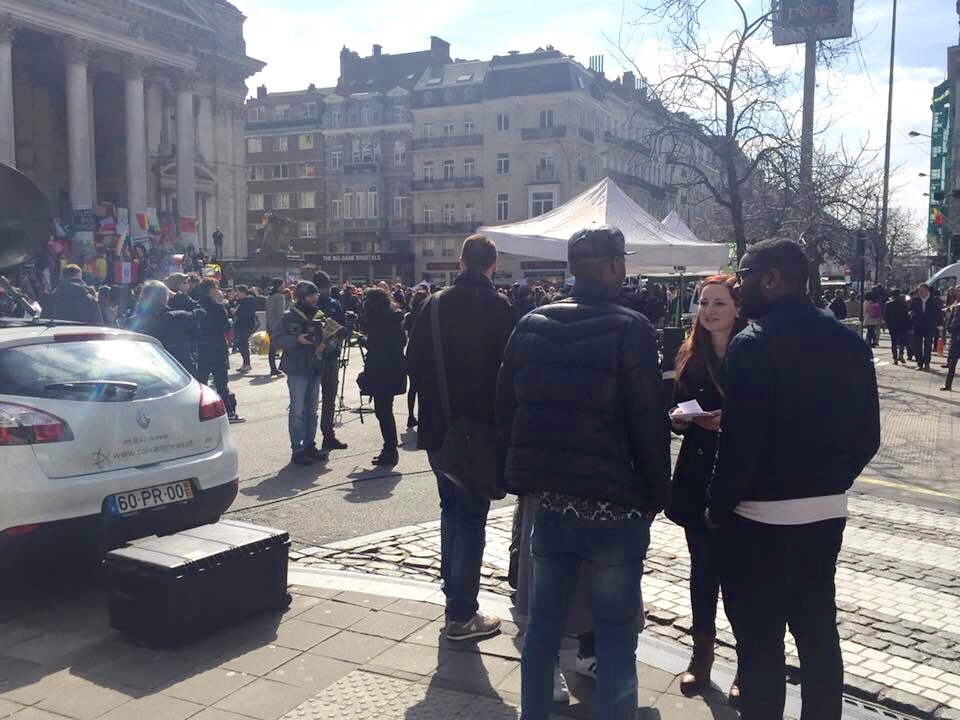 After Belgium I went back to Amsterdam and got to preach at the midweek service where many were filled with the joy of the Lord.

Currently I am in Finland where I had the amazing opportunity to preach to the youth last Friday. A teenage girl (wearing a Hijab because of her Muslim dad) came, it was her second time at the church and as the power of God started moving I called her out to lay hands on her and the joy of the Lord hit her and she laughed uncontrollably. She said she could feel a big hand on her back and she feels so happy. When I gave an altar call for the baptism in the Holy Spirit she was the first one up and fell under the power of God, laughing and praying in tongues from the floor!

I also got to preach Sunday night and teach at the River Bible Institute Finland on Monday night. I’m also preaching this Wednesday night and at the young adults meeting Friday before I head out to Switzerland on Saturday. 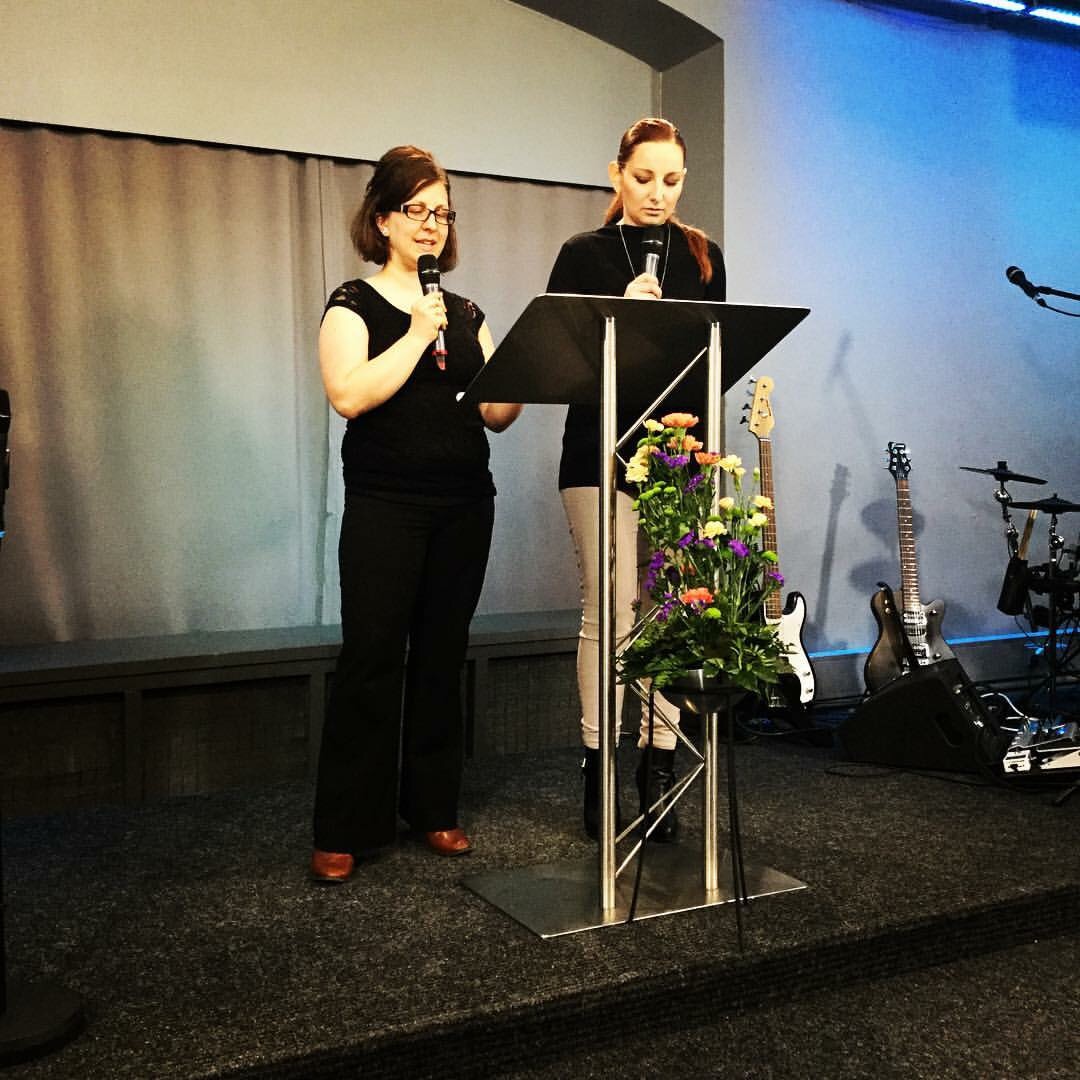 I will be attending a conference in Switzerland after which I will minister to the local evangelism team of the church that has been running since my first visit in 2011. It will be a great time of impartation for the team leading up to their big Pentecost outreach in May. The second half of April I will be doing evangelism training and preach at the River Church in Warsaw Poland for the first time which I am very excited about.

This newsletter has been pretty long but that’s because the Lord has been doing more in and through me than ever before and so the following ones will probably be even longer… So I may just do videos to spare you from all the reading.

One of the main things the Lord stirred up in my spirit is to start a greater work in the Middle East. For many reasons the best thing for me to do in order for the ground work to be excellent is to learn Arabic, so I decided to join a full time language course in Beirut in the month of May and continue it after the summer.